This is one of my latest creations: a kalimba-esque synthesizer called KalFMba. No physical modelling (yet…), rather it works based off a simple FM synthesis algorithm. I started this project because I was given a nearly-dead Dell XT2 tablet PC which I resurrected and beefed up. At the time I had recently purchased Max 6 and was intrigued by the idea of creating unique touch screen interfaces for software instruments. A few ideas were played with but nothing came to complete fruition until I decided to further KalFMba as a project for my human-computer interaction course. 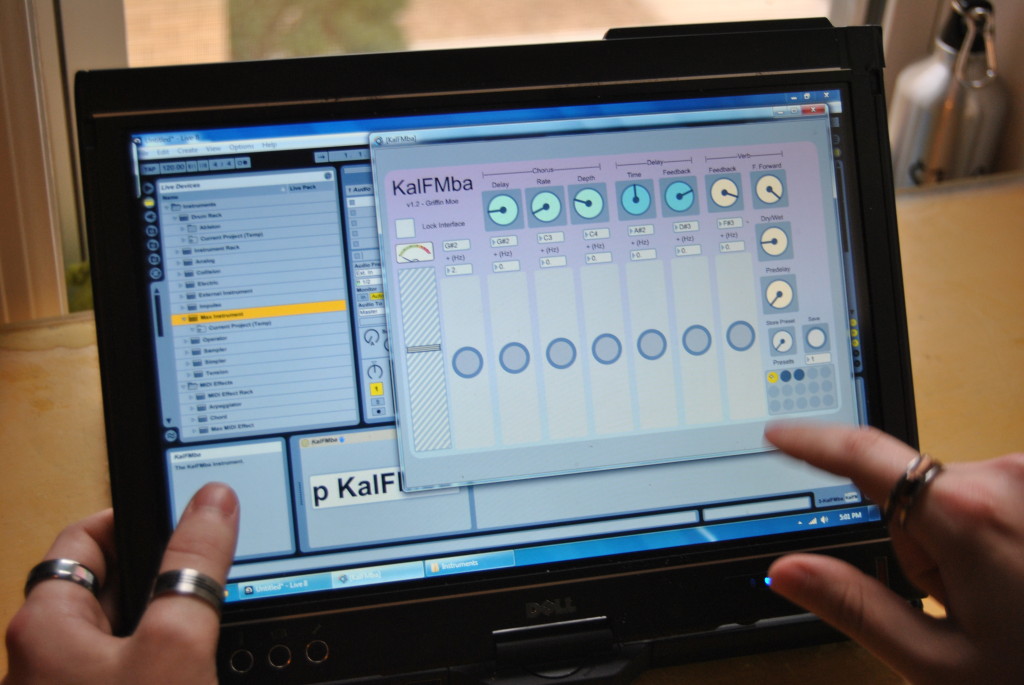 As demonstrated in the above image, the LCD panel on most tablet PCs can swing around but necessarily fold down onto the keyboard, creating an adjustable touch screen “easel.” This is the type of environment KalFMba was designed for, and it allows the laptop can truly become an instrument rather than sitting behind MIDI devices. It also means that instruments that could only work on a mobile platform such as an iPad or Android tablet could be ported to Windows or OS X to allow for seamless DAW integration. All functionality can be changed directly from the touch screen without needing to use the mouse, including audio effect settings and preset loading/saving. KalFMba can be played without a touch screen by manually clicking the buttons, but it’s harder to play and it lacks MIDI input functionality for now. 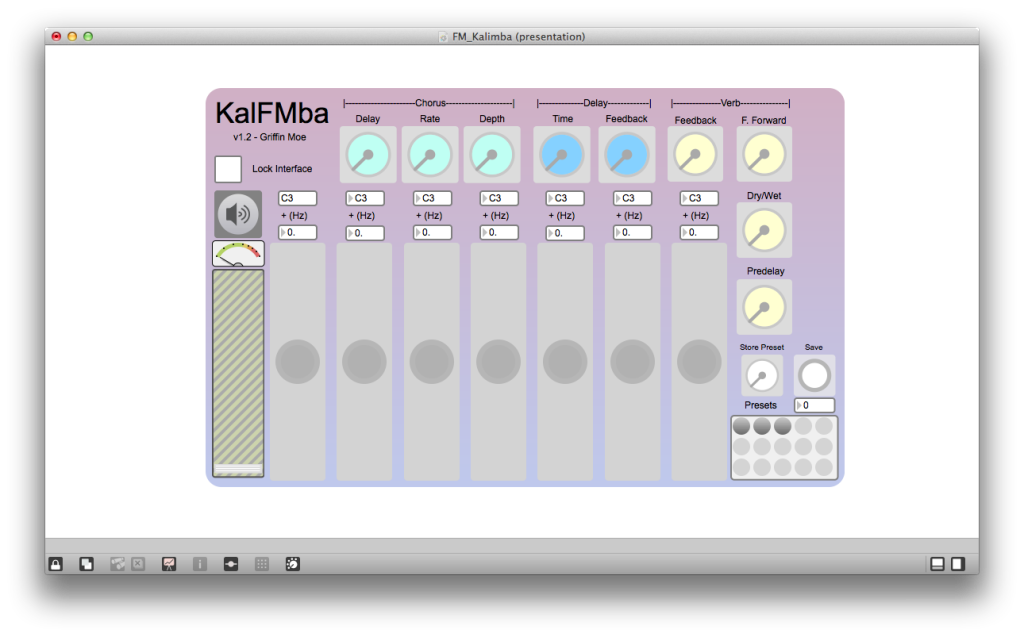 KalFMba uses a simple two-operator FM synthesis algorithm to generate the dry tine signal, which can be routed through three available audio effects. There is a chorus which can shift between typical chorus sounds and bizarre modulated pitch-shifting, a simple non-synchronized delay, and a wispy yet powerful reverb. All of the audio effects and tine tunings can be saved into one of 15 available preset slots, and the effect settings can be locked into place during performances using the ‘lock’ button. The seven tines also have course and fine tuning settings to allow the musician to create beat frequencies between similarly tuned notes, just like on real kalimbas. 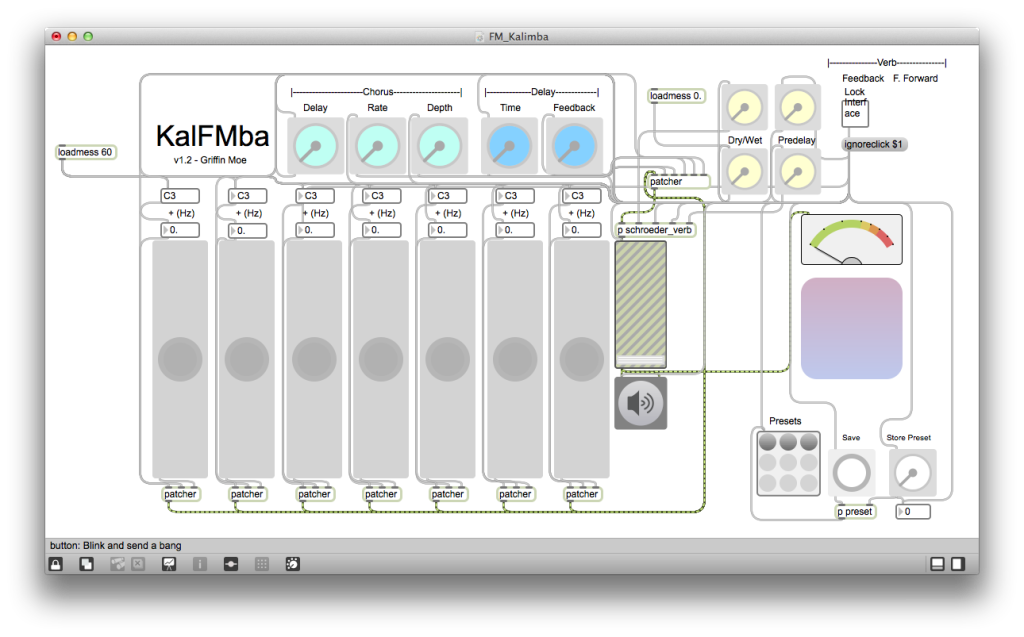 You can listen to KalFMba in action from the SoundCloud link below:

KalFMba has been ported over into Max for Live so it can be played within Ableton Live, so if you like what you heard and have both of these products (and a touch screen panel…these are a lot of qualifiers) you can download it for free under Creative Commons licensing. Have fun!