It has been a busy year since I last mentioned the Michalak Project and a lot has happened since then. The Michalak Project is a collaboration with Loyola University Chicago’s Center for Textual Studies and Digital Humanities to provide greater access to the Loyola Archive’s Michalak Collection. Apple’s release of iOS 7 forced a few interface changes such as the new flat design, and there have been a few under-the-hood improvements. We are currently adding and annotating other broadsides from the Michalak Collection. 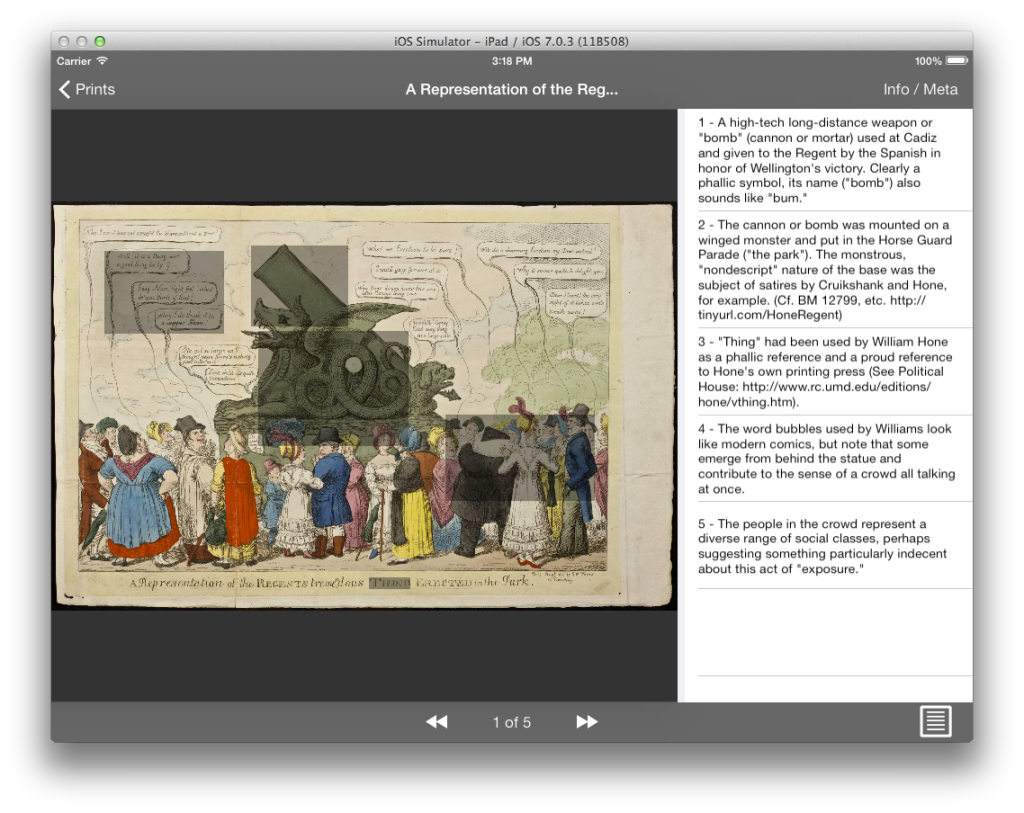 Much of the basic functionality has remained the same such as familiar gestures and interface layout. The biggest app-wide change has been the transition to the iOS 7 flat design style, with simple high-contrast colors that lend focus to the broadsides. We also added a thumbnail gallery of the broadsides in the app, which has replaced the original starting page. There will be more broadsides added in the future, with the possibility that the app will automatically view and retrieve other artifacts from Loyola University Chicago’s CONTENTdm servers. 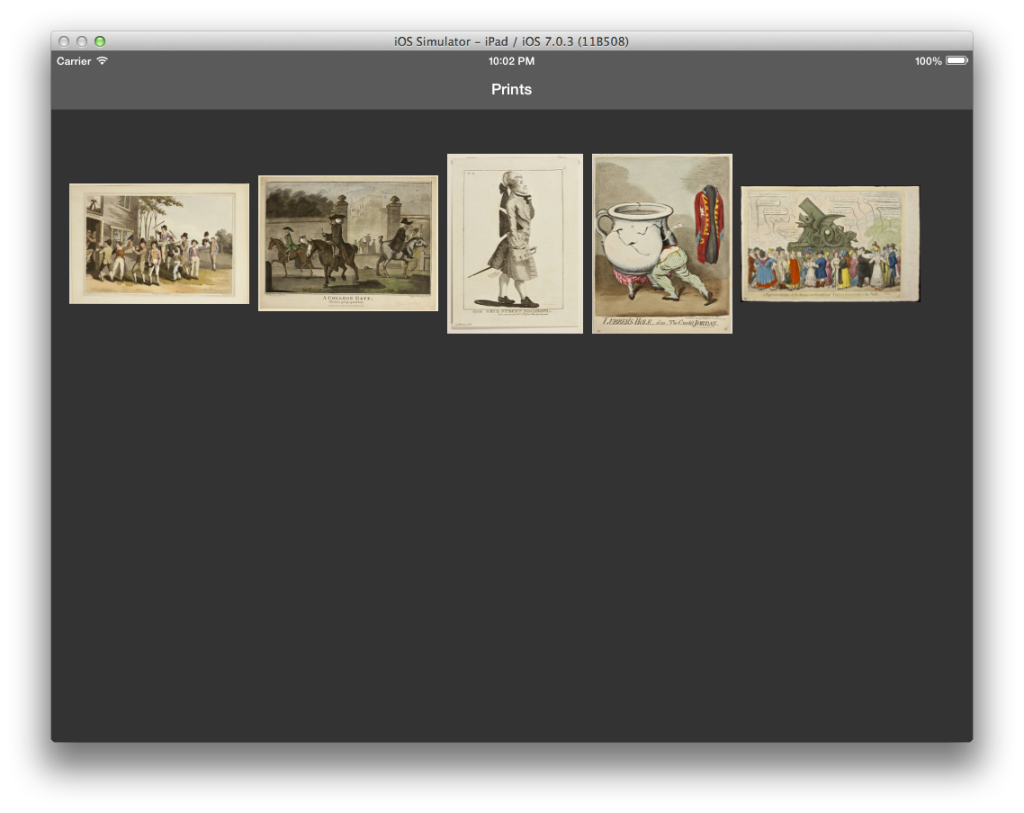 The older version of the app relied on popovers to display annotations, which broke during the transition to iOS 7. The new annotation implementation is a scrollable list on the side of the app which highlights and attempts to center the relevant text. A swipe gesture can tuck the annotations into the side of the interface, providing a clear view to the print. These changes have reduced the need for toolbar buttons, which are now just the navigation and annotation hide/display buttons. 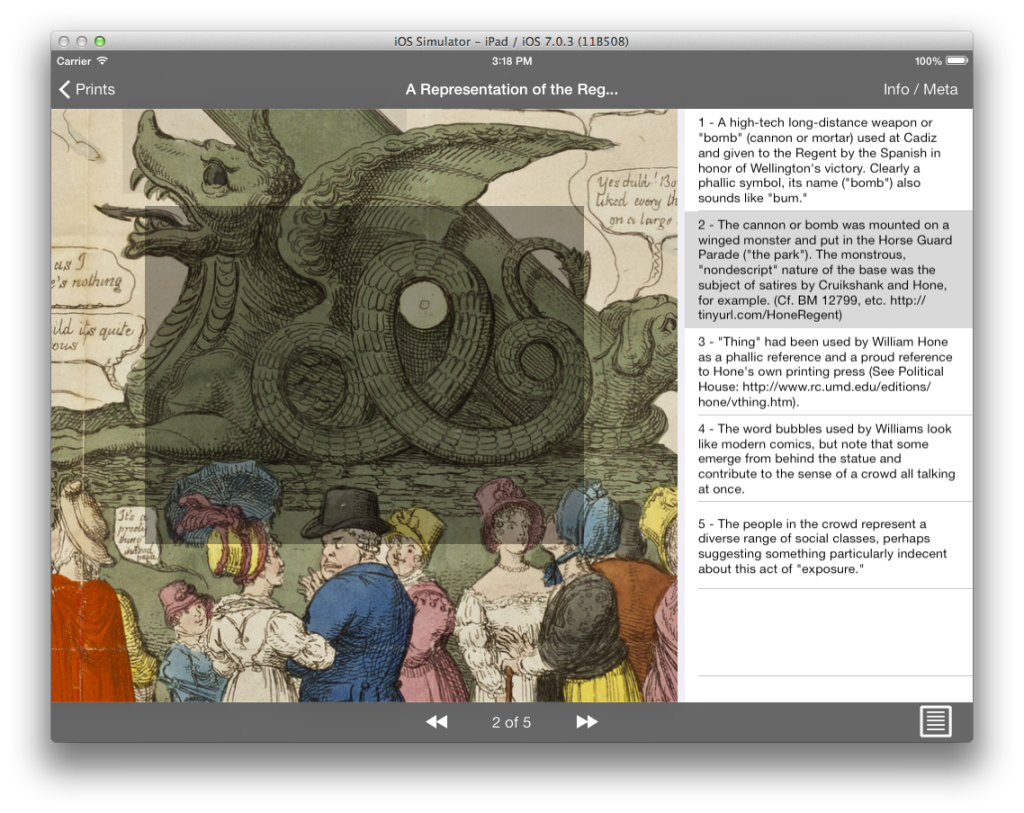 There are number of smaller improvements I am quite happy about, such as sinusoidal animation interpolation, reduced memory usage, and true aspect ratio accuracy. The latter was the result of the switch from a per-pixel to a percentage based projection, which also tightened up view-window centering for annotations. Much of the codebase has been trimmed and simplified, and now everything documented with Doxygen.

Once we have annotated and integrated enough prints we intend on releasing the Michalak app on the App store. This is a slow process since this relies on busy Loyola faculty to create the annotations and for me to integrate them into the XML metadata. We do not have an ETA but expect to see the release announced on this website and at the CTSDH.