I’m a huge fan of the 99% Invisible podcast, and one of the first episodes that got me into the series was Vox Ex Machina. The episode was about the Voder, an early example of voice synthesis that Bell Laboratories demonstrated at the 1939 New York World’s Fair. Operating the Voder required almost a year a training, as each formant and syllable is formed by hand at the same rate as human speech. You can see the Voder being operated by Helen Harper from this YouTube video. Helen Harper went on to run a school instructing 300 students on how to use the Voder, only 30 of whom became skilled enough to produce fluid speech.

I was so impressed by the technology and the talented women who operated the Voder that I delved into a bit of research into how it works. After reading the patent application to figure out how it worked, I decided to create a stripped down emulation of the Voder as an homage to Helen Harper and her students. It exists as a web application the leverages the Web Audio API, which is still in the draft stage so it has limited support for mobile devices and older browsers. I tried to recreate the console of the Voder as best as I could using the computer keyboard, which works well for building formants but not controlling the pitch and texture of the voice like in the authentic Voder. The aspect I’m most proud of is the visual design, which is a recreation of the original pamphlet distributed at the 1939 World’s Fair. 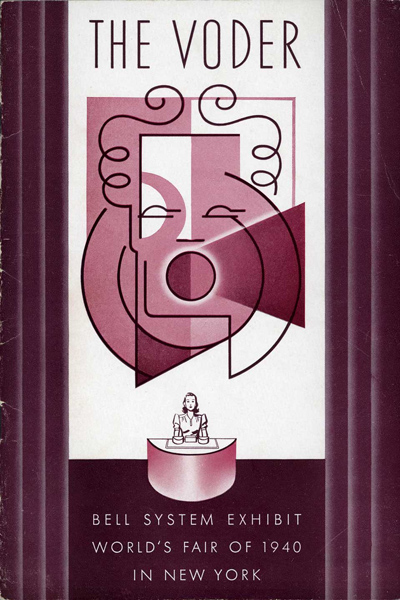 I intend to redesign the console when mobile devices have better support for the Web Audio API, but until then if you’re on a laptop you can go to the link below to check out the Voder web app: